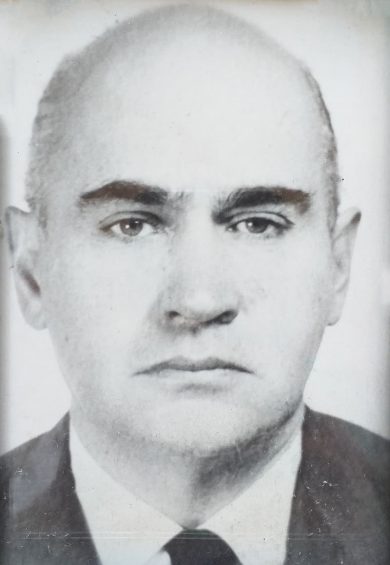 Who was Alfredo Ortega Rojas and his renowned “Platería Ortega S.A.”?

The Ortega Silverware company has a tradition in the field practically since the beginning of the 20th century, since in a letter of agreement between Mr. Ortega’s father, Alfredo Ortega Valdez (c. 1880-1967) and the owner of a silverware named “Mendoza” dated August 10th, 1910, both parties agree that Mr. Ortega Valdez will take charge of the silverware workshop, as well as the sale of its products.

His son, Alfredo Ortega Rojas, learned the trade from his father since adolescence, as was traditionally done and, upon turning 20 years of age, in another letter dated August 1928, father and son notify those who were already their clients about the establishment of a jewelry and silver workshop named “Alfredo Ortega e Hijo, silversmiths and goldsmiths” located on Calle 5 de Mayo number 3, in the “Casa de los Azulejos” and in one of the premises that today belong to the “Sanborns” store.

In another “stamped” letter dated August 20th, 1929, father and son decided to formalize and form a partnership for the exploitation of silverware and the like: “Alfredo Ortega e Hijo.” Mr. Ortega Valdez takes over the management of the workshop, while Mr. Ortega Rojas is responsible for the design and sale of silver.

In the early years, Mr. Ortega dedicated himself to making small pieces of silver, experimenting with different styles, mixing them and maturing his designs. Thanks to his vision and his good taste, the business begins to be successful. At that time pieces of styles as varied as the French Louis XIV or the English George II and even Aztec or vernacular style designs were made. Mr. Ortega becomes a visionary of Mexican crafts and begins to imitate pieces of it, purifying and simplifying them and at the same time acquires a collection of popular artcraft with the vision of an artist, when such crafts were not valued in Mexico. He makes trips to craft-producing states such as Michoacán, the State of Mexico and Oaxaca, where he discovers colonial and vernacular architecture, of which he becomes fond. Perhaps from those experiences he had a keen eye to recognize the quality of Luís Barragán’s architecture, even before anyone else.

It is for this reason that in 1947 he bought Luís Barragán’s first house, located right next to the Luís Barragán house museum, today called Casa Ortega in homage to his vision and good taste.

By 1935 his clientele was increasing and by 1940 it was positioned as one of the best-known silver shops in Mexico City and began to be known internationally. So much so that the famous Taxco silversmith William Spratling, in a letter dated August 5th, 1941, proposes to Mr. Ortega to sign a contract for Platería Ortega to be his only representative in Mexico City, Spratling keeping his pieces with character as a Spratling product and the identity of the WS brand. Furthermore, it being understood that Platería Ortega “will do everything possible in his power, so that WS designs, most of which are already registered as WS products, are defended against their vulgarization and imitation.” And that the WS jewelry should not be in the same dressers of Ortega or other brands.

There is no record of the response to that letter, but it is most likely that Mr. Ortega declined the offer, as Platería Ortega was already a profitable, growing and well-known business in the society.

Experimenting, modifying and inventing new designs, Platería Ortega established itself as the silverware company of reference for many due to the quality of its designs and its works and the seriousness in its assignments. In this sense, on July 2nd, 1947, the Secretary of National Defense signed a contract with Platería Ortega for the elaboration of six gold or vermeil silver urns, to deposit the remains of the “Niños Héroes”, urns found in the Monument to the Children Heroes. In 1952, the federal government commissioned him to draw up a monumental map measuring about 2×3 meters with 32 pieces of silver representing each of the states of the Republic, for the inauguration of the 1952 Pan-American Games; this map was presented at the inauguration of these games, in the new University Olympic Stadium in Ciudad Universitaria.

In that same year he participated, at the invitation of the designer Clara Porsett, in the exhibition “Art in Daily Life” “Exhibition of good design objects made in Mexico” organized by Clara Porsett and her husband Xavier Guerrero at the Palace of Fine Arts, with silver designs of her and others of Mr. Ortega, all manufactured by the workshops of Platería Ortega. In 1964-65, Platería Ortega participated in the Universal Exhibition in New York City, at the invitation of its curator Federico Gamboa, representing Mexican silver.

Government, ecclesiastical and civil authorities have commissioned works and pieces to give away, honor or commemorate, in addition to the large clientele who buy their products. The former commissioned or bought pieces to honor illustrious visitors such as John F. Kennedy in 1962 or Charles de Gaulle in 1964, the future King of Sweden or Grace Kelly herself at her wedding to Prince Rainier of Monaco. Previously, on March 5th, 1947, Mexican President Miguel Alemán sent Mrs. Bessy W. Truman to the city of Washington, D.C. “A leather case containing a tea and coffee set consisting of: tray, samovar with lamp, kettle, coffee maker, creamer and sugar bowl”, as described in the remittance note. There is a photograph, in the official presidential residence of Los Pinos, of Mexican President Ernesto Zedillo Ponce de León receiving the Prince of Asturias, Felipe de Borbón and in the middle of them a silver lamp from Casa Ortega.

The clergy has traditionally commissioned silver virgins, candlesticks, candle holders, or picture frames; such is the example of the carved silver frame for the image of Our Lady of Guadalupe commissioned by the Spanish colony, which can be found today in the Spanish city of Llanes. Banks and other corporations have commissioned engraved trays to commemorate a date or recognize a collaborator. Even tennis or car racing trophies, as in the year 1952 for the Indianapolis race, were elaborated by Platería Ortega.

Business is thriving and private clients buy pieces by Ortega, be it classic pieces such as the Louis XIV, Portuguese, English, George II styles or modern pieces with pre-Hispanic or vernacular influence, as well as modern pieces.

But above all this production of designs, two iconic ones should be highlighted:

– The silver or sometimes gold and pigskin belt called by Mr. Ortega in the “English” style and popularized as the “Ortega belt”, was so much sought after. Everyone wanted to have one; it is therefore even mentioned in the novel of Guadalupe Loaeza: “Las Chicas Bien”.

– The fighting roosters in silver or gilt silver (vermeil). Nobody made roosters more realistic and with such detailed work than the roosters of Ortega. The wings, the paws and claws, the plumage on the chest looked like they were real animals.

The 1940s to the 1960s were a golden age for Platería Ortega. Serving plates, platters and trays were produced with or without handles, Louis XIII, Louis XIV or Louis XV styles, French Renaissance, Italian Renaissance, Portuguese, English, chiseled with roses, chiseled with shells or with fluted finishing and of course modern. Also, jugs and shakers, gallon or modern, with simple handles or animal figures; tureens or centerpieces, round or oval, colonial, with gallons or chiseled, coolers, champagne glasses of different styles and lamps such as the one mentioned above in the photograph of Los Pinos.

There are more than 165 photographs that testify to some of these pieces and around 200 negatives of pieces made in Ortega’s workshops.

Other quality pieces in gold or silver were also incorporated, such as rings, charms, bracelets, necklaces, cufflinks, all designs by Mr. Ortega and other quality products such as Patek Phillipe table clocks or the famous Jaeger Atmos table clock, Le Coultre, Patek Phillipe or Omega wristwatches and some more accessible such as Tissot or Nivada.

After more than 30 years of bonanza, the situation began to change, populist politicians who despise the art of silver and new generations more practical and less elitist made the sale of silver products of large dimensions or of such a variety to diminish. In addition to that, Mr. Ortega Valdez died in 1967 and his son Alfredo Ortega Rojas began the old age stage of his life, with no interest in continuing to create and already rich and with a name made that even allowed him not to sell his products to anyone he considered that was copying them or not deserving them. He let the business run through the seventies while he got older, tired and with diseases affecting him, without heirs or without someone to continue the business, he gradually abandoned it.

Like the “Casa Jardín Ortega” that remains a timeless architectural and landscape work of art, the pieces of Platería Ortega retain their beauty and good design over time.

Today, Ortega’s products, because they are pieces that will not be repeated, at least until someone takes over the business, are listed as collector’s items and are highly valued for their quality of manufacture and design, in auctions across the world.

In Mexico you can find some of his pieces that are still new to him, jealously guarded by one of his nephews, as well as new reproductions of original pieces that he now makes available to the public.